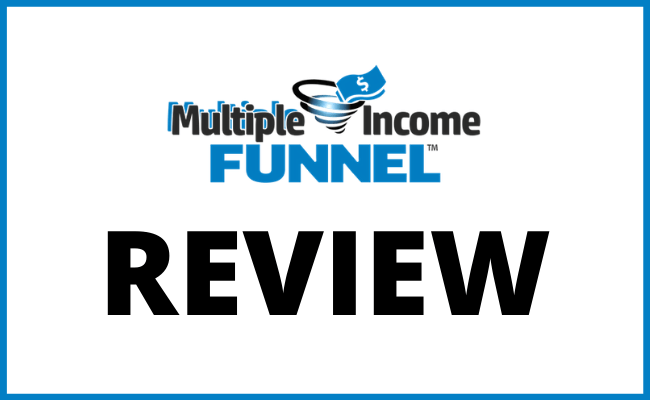 Multiple Income Funnel Review is going to tell you everything you need to know to get a clear picture of this program put together in part by Mack Mills.

I have known Mack for YEARS. He was the mentor to one of my partners and I have been in several different programs with him. He is a really well known marketer and one of the things that he is well known for is convincing people to spend A LOT of money!

Mack definitely makes big money, but the checks that Multiple Income Funnel shows you on the MultipleIncomeFunnel capture page he has been showing for several other programs for a while, you may have noticed that you don’t see any dates on those checks. I’m definitely not saying they aren’t real because knowing Mack, I’m sure they are, however,  just not generated directly from this program. 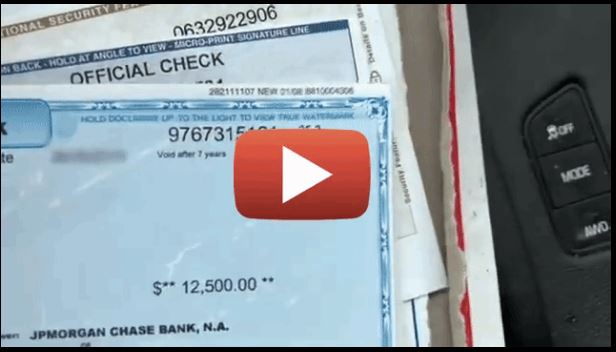 The question then becomes is Mack or anyone else actually making money with the Multiple Income Funnel?  I promise you that Mack IS! I also know of others who have made a lot of money with it as well, but to be honest, those people are already VERY adept at generating A LOT of traffic and have been doing so for a long time.

It is a commonly known axiom that you “shouldn’t put all your eggs in one basket” so developing multiple streams of Income IS the way that the rich get rich and stay that way. It has certainly worked for me for years and years, but in a different way than you might expect.

Here’s the thing with Multiple Income Funnel: You better have quite a budget set aside if you want to succeed with it cause it’s gonna to cost you!

Just to be a part of  Multiple Income Funnel, it’s going to cost you $97 per month for which you will get a “discount” down to only $49 per month. You will need to pay that before anything else and believe me, there IS something else…

To make ANY money with Multiple Income Funnel other than a cut of the monthly $49,  it is mandatory that you join one or ALL 4 of the programs it promotes… 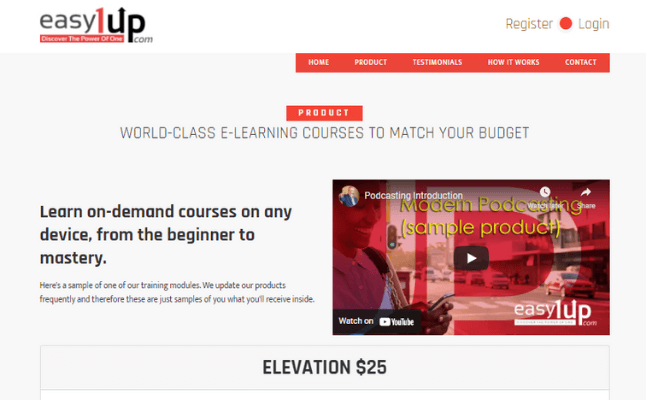 Easy1Up is a program put together by Peter Wolfing, the owner of Multiplex Systems, who is responsible for putting together MANY popular “work  at home” programs including: Infinity Downline, Digital Cash Club, U-Economy and of course Easy1Up. Peter has now sold Multiplex Systems and “retired”.

Easy1Up is just what the name implies, when you get involved you must “pass-up” one of your first 2 sales. There are various levels you can join at and then you can profit from that level and the ones that are below that level.

Easy1Up has been around for several years now and many people have made good income from it, but most do not. The packages available are as follows and of course, Multiple Income Funnel encourages you to join at the “top” , as you can see below is a mere $2,000. 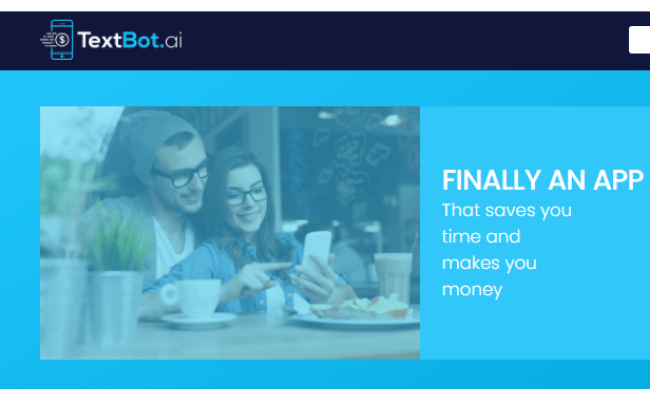 Textbot.ai is an automated messaging software to send messages to other people and drive traffic to your funnel. Obviously, the messages are sent via text and then ongoing conversations are created as “Ava” (your digital assistant) tries to facilitate the prospect joining the program. The cost is $100 to join and then you will need to buy ongoing “credits” to pay for the service. 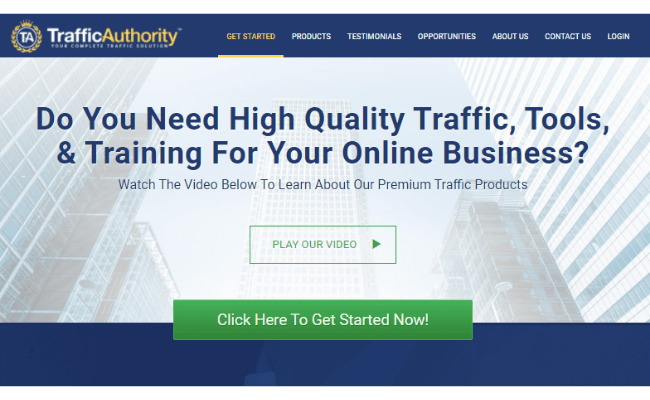 This is a program that serves a couple of purposes. One of course, as the name implies, it is supposed to provide you with Traffic, and secondly, it too has an affiliate program of sorts that allows you to make money from selling traffic. To make money from selling traffic, you must first buy the traffic yourself. You can only “earn” on the “Traffic Packages” that you buy yourself.

WHERE Traffic Authority acquires the traffic they sell you is really anybody’s guess. The reality is that there is definitely less expensive traffic that you can get, from trusted sources. Plus there is a monthly “training” program you will need to particpate in that will cost you a minimum of $29/ month. 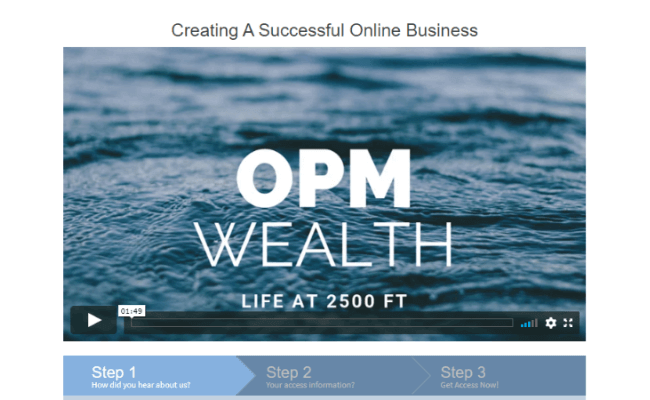 OPM stands for “Other People’s Money” and it works as such: People from OPM Wealth, “coaches”,  work along with you to improve your credit rating if needed, so that afterward you will qualify for a LOAN (and you’re going to need it) in order to participate in this scheme.

The proceeds of the loan that you receive then must be converted into the crypto currency Bitcoin. At that point you will then be able to join the actual program at one of the following levels:

Now, all you have to do is find some way (spend a fortune on advertising) to find and recruit 3 people. IF you are able to do that the commissions from whatever level they join will be divided by 3.  You and another person will get a share each and one share will be “passed up” to the person who recruited you.

After doing detective work on all kinds of programs for 18 years, in my personal opinion, I would be shocked if OPM Wealth lasts very much longer given the very questionable methods.

There you have it!

These are the programs that Multiple Income Funnel wants you to join at a cost of $2,120 at the lowest end and $37,997 at the highest end. If you do not already have the “tools” you need, such as an autoresponder, you will need to pay for those as well and lest we forget, the cost of the traffic is ongoing, as well as, the $49/month.

In looking at many posts by people who did decide to get involved with Multiple Income Funnel there seems to be one overriding sentiment, which was that they all loved the idea of Multiple Streams of Income, BUT they could not actually afford to join them!

I am certainly not saying that this program is a scam, as I mentioned, there are people who have done well with it, but they are very experienced and had the “traffic situation” pretty much squared away.

The thing is: that if you are trying to recruit people into a program that cost THIS much, you have to FIND the people who can afford it. The reality is that those people are not as numerous as you might think (especially now). Hence, prepare to spend A LOT on advertising, after you join ALL 4 programs yourself, of course.

You are wise, especially given our current circumstances, to be looking into having multiple streams of income, but if you are in a real need of income at the moment, Multiple Income Funnel may not be the best way for you to go.

Discover the BEST OPPORTUNITY ONLINE. This WORKS and It Is FREE! to be involved. Check It Out RIGHT HERE! © 2004-2022 HomeBasedBusinessReviews.com Envision Ventures LLC Privacy Policy | Earnings Disclaimer
[?]Subscribe here for Bonuses and the LATEST Money Making Info